We’ve seen it with Uber. Now  the “Responsible Farmington” team is trying to put their “Bro Culture” in our local government by trying to undermine women in leadership roles.

During a recent interview in a West District study  filled with leather-bound books,  “Responsible Farmington” supporter and lifelong misogynist, Kent Trustalady spoke out saying that it’s time for women in government to end.  “The women running this town are always trying to ‘work together’ with the ‘community’,” he said, setting his Scotch down on a magnificent Art Deco Italian carved wood & portobello marble table and picking up a cigar. “That’s not leadership.  Leadership is telling people that this is the way forward.  Period.” 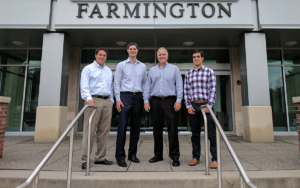 In an August 2017 New York Times article “How to Help Kids Disrupt ‘Bro Culture’”, legitimate reporter,  Ana Homayoun explained, “Bro culture uses the formidable elixirs of power and status to create a toxic social environment, and tends to be characterized by manipulative charm, entitlement and a so-called “rules don’t apply attitude” — as well as an inability to express emotion, show remorse or be vulnerable. Although the culture is typically associated with college fraternity life, evidence suggests that its seeds are planted in elementary school or earlier. The ways we talk to and interact with boys — the language we use, potentially celebrating masculinity at the expense of empathy — can limit boys’ social and emotional development. How can adults help break the pattern?”

JUST SAY NO TO BRO!